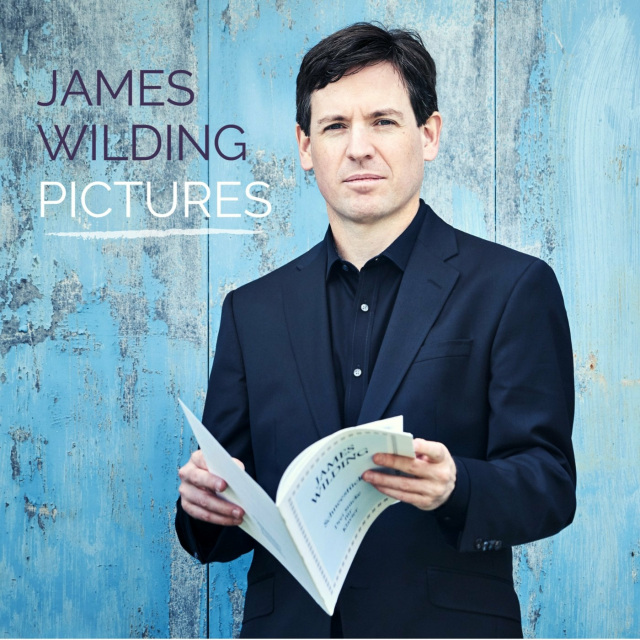 Some people ask me how I come up with my ideas: there is a direct link between my musical style and the images in my mind. In this album all the music is inspired by extramusical thoughts – each piece is composed by thinking about a concept, which is the inspiration. The next step is finding the right harmonies and gestures to fit that image. The compositions on this album were created by improvising – experimenting with different textures, progressions, and melodic developments. Gradually the pictorial concept takes shape, and becomes the composition.

The piano is such a versatile instrument for the realization of musical ideas and the depiction of images in sound. It has a huge gamut, over seven octaves of notes; a massive dynamic range from the softest pianissimo to the loudest fortissimo; and an array of textures from the beautiful simplicity of an unaccompanied melody to the rich complexity of dense harmony. In composing the different pieces that I ended up choosing for this album, I used these pianistic extremes to the fullest extent, giving me a broad pallet on which to paint my tone poems; and using everything from the brightest color to the starkest black and white. My choice of instrument for this was a Hamburg Steinway model D, which I selected for its powerful tone and transparent blend of sounds.

The compositions on this album represent a cross section of my compositional career, starting with the relatively recent Sonata no. 3. After that, the works are arranged chronologically from the earliest in 1998 to the most recent in 2018. I chose these particular pieces because I felt that they best represented the evolution of my style and my preoccupation with images over the course of these past twenty years. They are the pictures of my life.

The four pictures that are grouped together under the title SONATA NO. 3 were written for dancers. I decided to write the opposite of what one would normally write for dancing. I wrote music that obscures the clarity of the beat. Sometimes my music is about silence and spaces, appreciating the calm between the notes. This way the choreography is explicitly not suggested by the music, and the dancers are given maximum freedom of interpretation.

The first movement of the Sonata, DROPS OF MEMORY, represents regularly falling droplets. As these drops occur predictably, the harmony changes gradually and unpredictably – forming a texture of individual notes dancing over a canvas of ever expanding and contracting harmonic progressions. Every now and then within this fabric, a melody appears, perhaps driven by memories, and bringing about a certain wistfulness.

In complete contrast to that stands FIRE AND ICE. The fire is a terrible outburst of low rumblings in the bass, very suddenly interrupted by icy harmonies in the treble. To paint this scary fire, the pitches dance ferociously on the so-called devil’s interval, the tritone. Meanwhile, the chilling chords of the ice use the most dissonant intervals, minor seconds and major sevenths, in calmly unmoving precision. Rondo form emerges: Fire is A, Ice is B, and their repetitions form ABABA. The second fire burns longer than the first, an opportunity to rage into new places. The second ice functions in the same way: cool silence spreads into further tonal regions. The final fire searches for the answer to this crass conflict of hot and cold.

The third movement, THE STOPPED CLOCKS, inspired by the W.H. Auden poem 'Stop All The Clocks,' is so slow that a dance of the mind can take place between the notes. When clocks stop, bleak emptiness is unraveled. Each slow chord is a mangled major triad, mangled with an added note, or a seventh, or even a polychord (two different triads together). Somewhere in the middle of the movement the dancers can move to a little bit more motion. Now the clocks almost remember how it felt to be running again, and we think of the days before time started to stand still. But by the end, the eternal stoppage of time is complete. The final chord, the most consonant sounding B major triad, is subtly caressed by a very high A-sharp and C-sharp, and these soft dissonances extend eternally.

The last of the four pictures that make up Sonata no. 3 is called APOCALYPSE. It is charged with wild incessant rhythms and a shocking mix of consonance and dissonance. The tempestuous opening idea is set against a contrasting lyrical melody. Now a drama unfolds like the sonata form works of the past masters: exposition, development, and recapitulation. In each of the three sections one can hear the clash of apocalyptic discords giving way to tentative melodies amidst sinister rumblings, and connected by momentum-building passages of throbbing excitement.
Sonata no. 3 was commissioned by Cydney Spohn and her Akron Dance Company, and a preliminary version was premiered by the composer at E. J. Thomas Hall in 2017.

NEHANDA REMEMBERED was inspired by a Zimbabwean stone sculpture that I saw at the Kirstenbosch Botanical Gardens in Cape Town during an exhibition in 1998. Nehanda is a Shona ancestral spirit: imagine a maternal spirit, nurturing and caring, and of pride and nobility. Nehanda looked like the regal mother of a nation when I saw her there, tall and beautiful, standing on a slope with the mountain behind her, looking down across the botanical gardens and towards the greater metropolitan area. To depict this powerful image, I use the language of quartal harmony, which can be warm and tender, but also brittle and solid. Sometimes the chords are heard as if they were pieces of stone. Other times the harmony dissolves into arpeggios and tremolos in the haziness of my memory of Nehanda positioned among the sculptures. The piece is full of drama, presenting a range of emotion from the solid stoicism of the stone to the burning passion of the mother.
Nehanda Remembered is part of the seven-movement cycle Sculptures in Stone, which was premiered by the composer at the University of Cape Town in 1999.

From the real image of the actual Zimbabwean sculptures, I move to the metaphorical image PEACE ON EARTH, a response to the horrific events of 911 and my feeling that we needed peace more than anything else. Peace on Earth starts with two notes sounding together, and although one is very much lower than the other, there is a peaceful unity between the two. Above this calm bass, clusters of polychords seem to come straight from the stars, serene products of the brotherhood of the two notes. And a very simple melody develops, as the two pitches bridge their differences in harmonious cohabitation.
Peace on Earth is part of the twelve-movement cycle Bits ‘n Pieces (each movement containing the word Bit or Piece) which was premiered by the composer at Kent State University in 2001.

Major and minor sounding simultaneously is an ambiguous mix of the happy with the sad, and the tenor for TEARS OF JOY. As often in my piano music, chords are not simply played and then allowed to resound on their own, but rather constantly energized by repeating note patterns. This gives the performer the opportunity to build sustained sound, and it allows for organic transitions in my composition. In Tears of Joy, I use a pattern of thirds as a joyfully tearful mix of major and minor. Set against this pattern are little melodies that express a cautious hope, tarnished with melancholy.
Tears of Joy is part of Eleven Preludes, and was premiered by Caroline Oltmanns at the Los Angeles County Museum of Art in 2009.

After the gray despair of early winter, relief comes with the first snow: it is light and tender, and the white ground lights up the clouds of the night. FIRST SNOW depicts this brightness in a tinkling sound produced by the right hand in the top part of the piano and all on its own. The snowfall takes us to a magical world, something special for me, having grown up in sunny South Africa. The first time I saw snow is etched in my memory as a fantastic image, and it’s that memory that creates the picture for this piece.
First Snow was written for the concept show Hands on Pianos (in Germany it was called Die Vier am KlaVier) and premiered by the composer at Stadtteater Fürth in 2009.

THE LAST ARCHANGEL mixes religious qualities of devotion and nobility with human qualities of passion and sentimentality. The gently rocking three-against-two accompaniment sustains a long romantic melody singing above. Twice the music retreats into much quieter and inward spiritual places – of soft tremolos with shy melodies. The Last Archangel is a rondo: three times we hear the rocking texture, and twice the soft rumblings. Around halfway through the piece one can imagine the nobility of the archangel, singing in the most triumphant voice. And at the very end, the archangel delivers a reflective recitative, searching gracefully for a divine final major triad.
The Last Archangel was premiered by the composer at the University of Akron in 2018.

The grand melody in the Sibelius Fifth Symphony is the inspiration for BELLS. What an amazing piece it would be, I thought, if I could transfer some of the power of the beloved orchestral motive to the symphonic sounds of the piano. After a calm introduction, the bell motive gradually takes over, and grows in grandeur. A piece that starts with a few small bells develops into an entire symphony of great bells.
Bells was dedicated to Jean Sibelius on the 150th anniversary of his birth, and premiered by the composer on YouTube in 2015.

Spiritual beauties swimming among the waves are depicted in WATER NYMPHS. They frolic in a complex mystery of ninth chords and polychords, creating a soft tremor throughout all registers of the piano. And projecting from this watery background are tender, silky, alluring melodies. The Water Nymphs here are whimsical and elusive. They might only exist in the mind, so their harmonies are mysterious and haunting.
Water Nymphs was premiered by the composer at the University of Akron in 2018.

FIRE AND PHOENIX depicts the mythical Phoenix bird being consumed by fire every five hundred years and then being reborn from the ashes. This picture is painted using strident dissonances, incessant rhythms and feverish energy. The opening Lydian mode shines brightly and sets the scene for the dramatic inferno. A hymn of faith evolves, and later returns triumphantly as the bird emerges victoriously from its own ashes.
Fire and Phoenix was premiered by the composer at the University of Akron in 2018.

Praised by the Cape Times as ‘highly original,’ South African composer-pianist JAMES WILDING is a master of structure and lyricism. His use of art, poetry, and stories capture audiences in the US and abroad. Wilding’s work has been enthusiastically championed by such groups as the Escher Quartet, the Harburger Orchester Akademie, and the TEMPO ensemble; he has received commissions from Bayerischer Rundfunk, the South African Music Rights Organization, and the Tuesday Musical Association; and his music is published by the Foundation for the Creative Arts, the University of South Africa, and Wilding Publications. Wilding wrote the prescribed pieces for the UNISA-Transnet International Piano Competition and the Hennie Joubert Piano Competition, and won the Oude Meester Prize and Potchefstroom University’s Chancellor’s Trust Prize. He is Professor of Composition and Theory at the University of Akron, and studied at the University of Cape Town, Youngstown State University, and Kent State University, with Neil Solomon, Stewart Young, Peter Klatzow, and Thomas Janson.